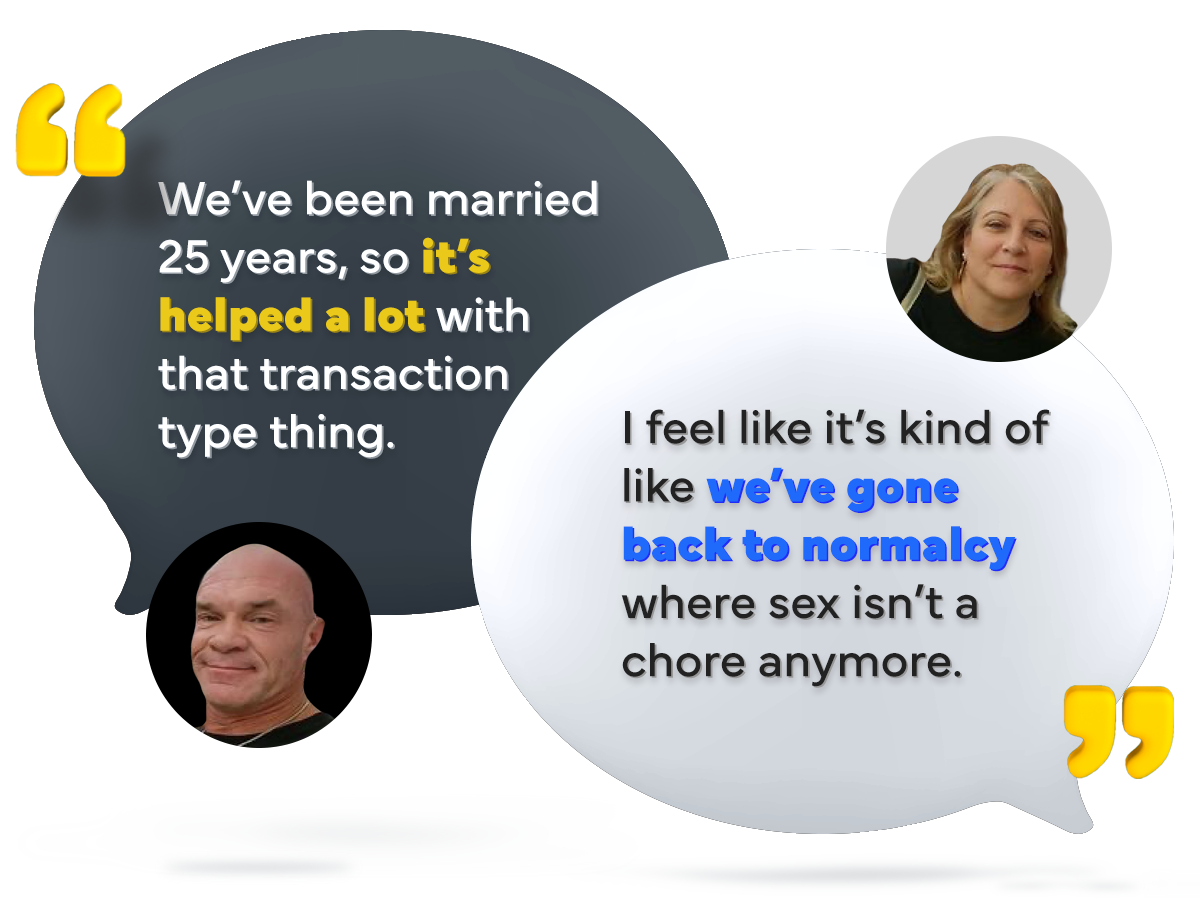 We invited Rugiet Ready member and vocal advocate, Eric Stone, and his wife, Arden Stone, to come to Rugiet Health’s Austin, TX headquarters. They spoke with our team about the impact Rugiet Ready made on their lives and how this treatment improved their relationship overall.
Read more 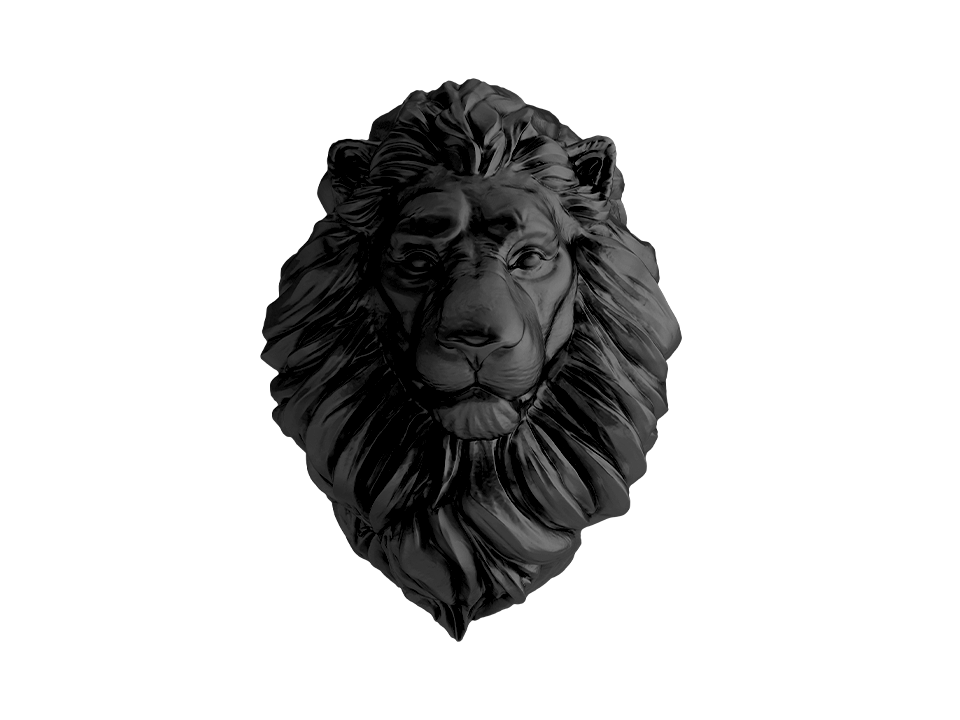 Rugiet Health was born to shake things up in the world of medicine. Learn about our origin story and plans for the future of pharmacy.
Read more 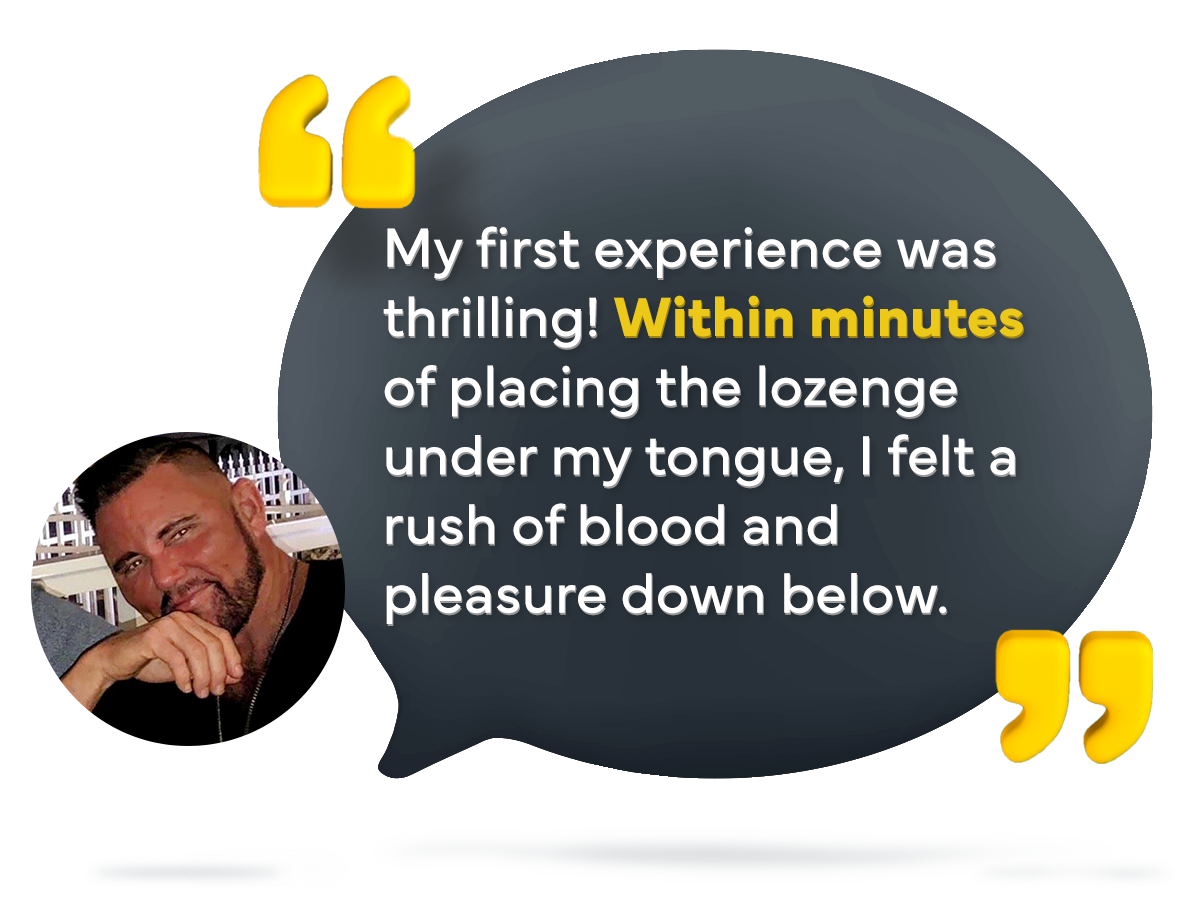 There’s a myth that it’s impossible to have E.D. if you’re physically fit and healthy. You can have both. Logan is proud to share his success story with Rugiet Ready.
Read more 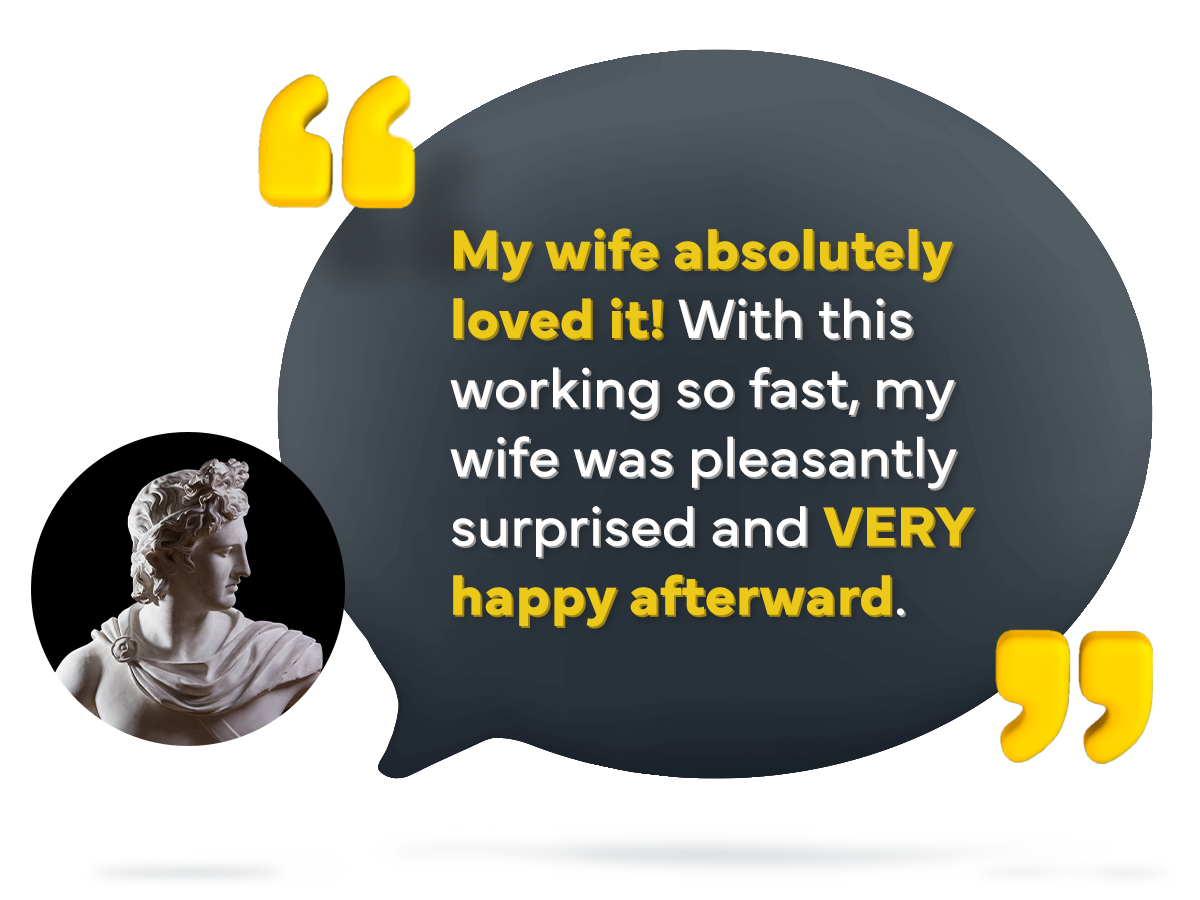 Jason has been living with E.D. since he was 33 years-old. Find out why Rugiet Ready is his favorite treatment.
Read more

Trusted by over 50,000 men across the United States

You can be ready for life’s most intimate moments 5X FASTER
with Rugiet Ready's personalized E.D. treatment formula.